Expo Fail (On My Part, Not Their's)

So I said I'd have tons of pictures from the expo and well, I don't.

Our drive from Savannah to Charleston was long, hot, and boring. There were a whole bunch of yankees driving back home from Florida on 95 and it's really a wonder we got through it without someone losing their cool.  Then we got into Charleston, and the traffic got even worse.

When we were about 4 blocks from the expo and Hubs had already turned off the car... in the middle of the street... I decided to get out and walk. My phone battery still had 10% left and I figured we'd just be able to meet up right after I got my packet. I could take a few pictures, get my number, get my shirt, then be on my way.

Until my phone died... after a block and a half of walking. Then all I could really think about was going in straight through the expo, picking up my stuff then getting my booty back out to hopefully catch up with Hubs at the same time as he was driving by.

From what I could tell, the expo was pretty typical. After packet and t-shirt pick up, they did have a huge selection of discontinued shoes, running clothes, socks, etc. that looked really cool but I had a mission.  I had to find Hubs in the midst of thousands of other people.

I started walking back and came upon the Courtyard by Marriott and decided to play on the emotions of the front desk staff.  I explained my sob story about how my phone died, my husband was somewhere in Charleston and I needed to get to Mount Pleasant. They let me use their phone and even though Verizon had basically crashed, I was able to at least leave a message and Will used the WiFi from some random restaurant and TADAAAA. We found each other. It was magical.

By this point, I was ready to get to my sister-in-laws apartment and get some food.  We settled on pizza and have been watching The Blind Side. I'm going to bed so early tonight because I'm pretty stoked about this race situation. The bridge is huge.

Here are some pictures I was able to take after plugging my phone in once the great reunion occurred! 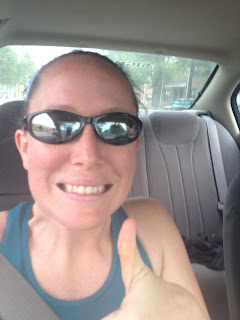 So excited I found Hubs and my phone was working again! 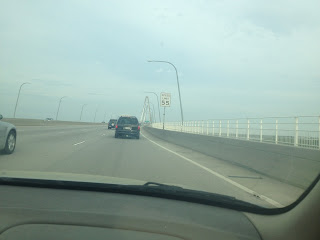 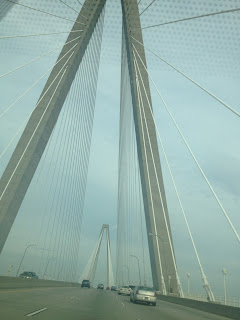 My attempt at being artistic while going 55 mph 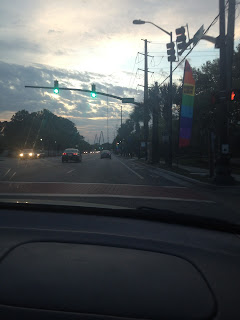 This will be my view tomorrow at 7am 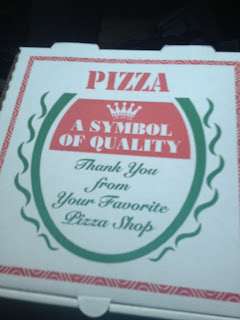 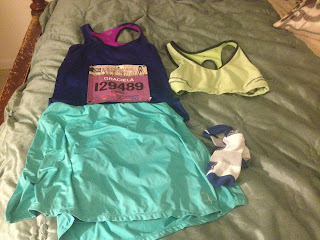 I'll update you tomorrow on *hopefully* how awesome I did. Or just how I survived. Whatever.

So, I'm doing a blog revamp.


As in, I'm completely starting a new blog since I am no longer a bride, but a newlywed. I didn't run away as the previous blog may have led you to believe, I love Hubs. Never had any intention of running away from him! 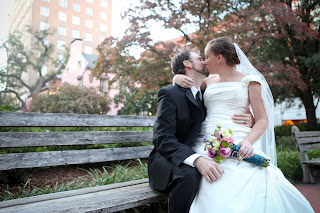 Happiest Day of my Life

Eventually, I won't even be a newlywed. I'll be an old married woman, but for now I'd like to remember us hot and awesome like the above photo.  So even though I've moved on from wedding planning and getting excited about color schemes and lanterns...

It is, in fact, the one constant "me" thing in my life.  Whenever I feel like the world is crashing down in one way or another, I go for a run and even if it is the worst run ever, I still feel like I at least did myself a solid by working it out.  Nothing says "I feel better" like "I am a sweaty stinky mess".  I also have a little more motivation in the form of this guy... 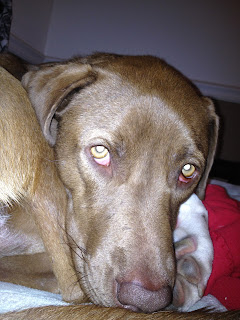 We got Jake in August, before the wedding because I wasn't giving up til we got a dog. I had a half marathon to train for and needed someone to run with. I couldn't pay 25 bucks and join a running group, I had to have a dog (which costs a bit more!)  And he's worth every penny. The dog was made to run with me. He doesn't pull (much) and he has a great pace. He did help me through the half marathon training and we had our differences every once in awhile (usually around mile 4) but we made it.

That was all in 2011.  2012 is the year of the marathon. I know, you've heard it all before but here's why things are different this year:

1. I've lost about 25 pounds and hope to lose another 10 before the "serious" training begins so injuries will be less prone to happening.
a. Starting April 1st, I'm kickstarting my nutritional challenge. No alcohol and mainly non-processed  foods. I say mainly because, let's be honest, it's really hard to not eat processed foods. I'm planning on cutting back on the sugar and bad fat intake.

2. I joined the $25/year running club in Savannah so that I can meet some people who enjoy running (cause Hubs certainly doesn't) and have people who hold me accountable through the summer when I really don't want to run at 5 in the morning. You should check them out, they are called Savannah Striders and while I have yet to go on a group run with them, I've already received a welcome email that made me feel very welcome.

3. I've done a half marathon. I know another 13.1 miles is A LOT, but I at least know what it's like to run for multiple hours. And I kinda like it.

4. I'm running for a cause. At first, I was just going to sign up so that I had people who held me accountable for training.  If people are contributing to a cause I'm advocating for, a 20 mile run wouldn't seem so horrible.  However, autism is something that has affected my life in profound and unexpected ways and while putting together my donation page, something in me clicked. I'm doing this for Olivia and Eli and every other family who may or may not have the resources to live with this diagnosis.  Here's my personal website to check out my story and maybe you can help contribute! Team Elivia, see what I did there with the names? I'm pretty clever.

So, welcome to the new blog. Running Gracie 2.0.  The girl that does races for the t-shirts. And my health. First up, the Cooper River Bridge Run in Charleston this Saturday! I'll have an entry tomorrow for the expo. I'm super excited to be in a race with 39,999 other people.
Posted by G-Wes at 6:47 PM 1 comment: