Spinning Saturday with a little Tabata for funsies

Whew.  Just got back from a great personal spin sesh with Amy Lee over at the gym.  I was super into spin last year for like 5 months (it actually kick started my weight loss) and when I started training for the half mary last year, I just let it go by the wayside.

I went this morning because Hubs told me the nagging pain I've had in my foot since like September may actually be a stress fracture and to rest it on the running until Monday or Tuesday to see if it's just a strained tendon or ligament.  So I'm icing, and biking, and ellipticalling.  I had a few minutes before spin class started when I got there so I jumped on the elliptical and put the resistance on high and did a mile. 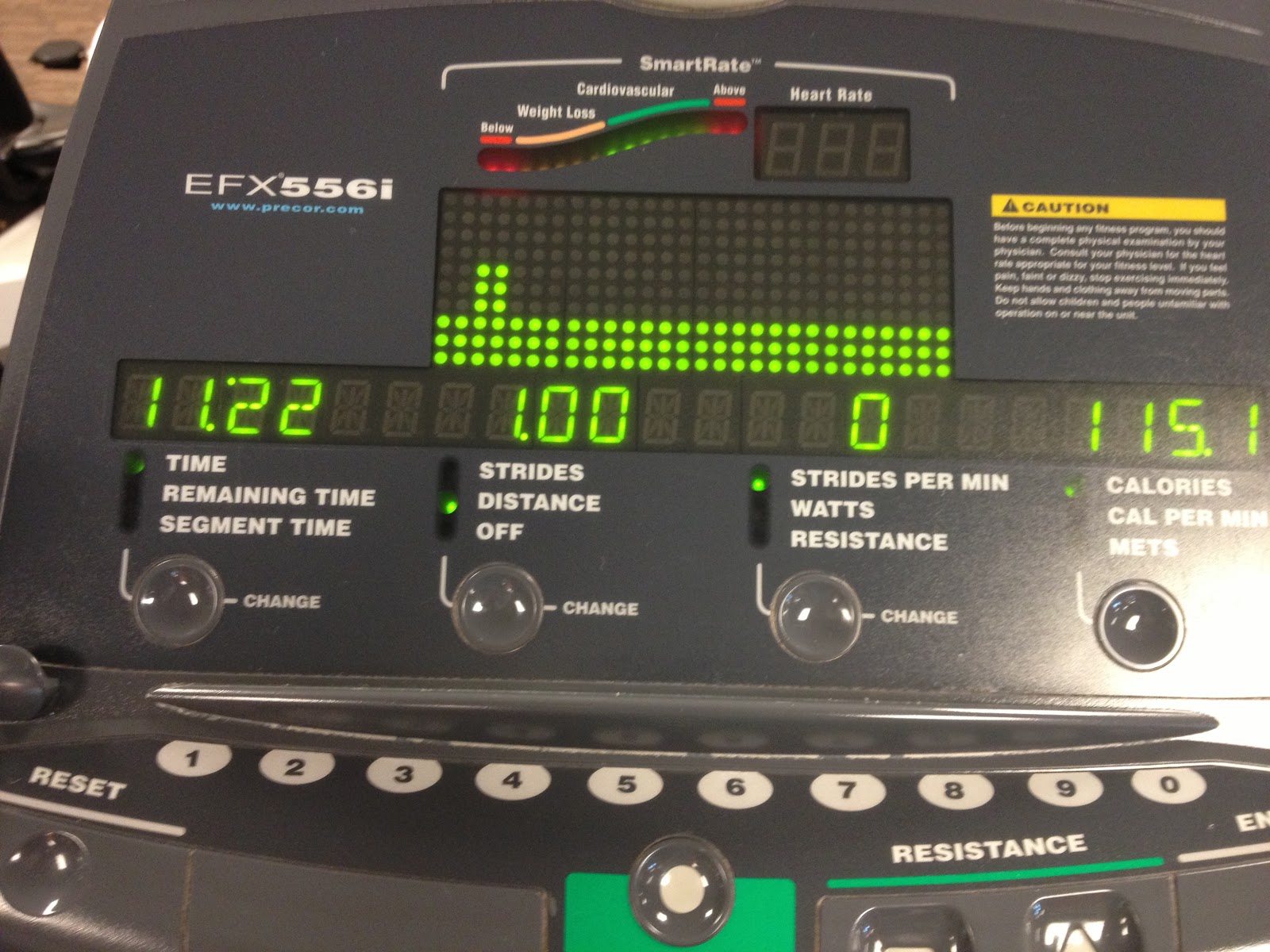 Just in case you thought I was lying. This was actually my machine too, I didn't creep up on someone else's.

Anyways, since I was the only one in Savannah that wanted to do spin on a Saturday morning, the instructor let me pick what I wanted to do.  I told her since I've been benched forever for a couple days, I needed to get some aggression out and I wouldn't mind long, fast, hard hills. She looked at me like I was crazy and said, ok! So we went on our little journey and I was pissed off at myself so being so enthusiastic about 25 minutes in and I still had 20 minutes to go.  Then she went all tabata on me and for the last 5 minutes we did 20 second sprints up hill with 10 second rests.

I got what I asked for, I guess.  I think I'm going to reincorporate spin into my workout regime.  And I'm gonna try yoga again... I'm gonna keep trying yoga until it sticks.  I just know how good it is for running and I'd really like to be freakishly bendy and instagram it.  I don't care if I can't relax enough to get to that point. It'll happen.

I have added the Blue Ridge Marathon (1/2) to my 2013 race list and it is really hilly. Savannah has no hills, so maybe some bridge running and hardcore spinning will help me out.

What cross training exercises do you like?
Posted by G-Wes at 8:35 AM